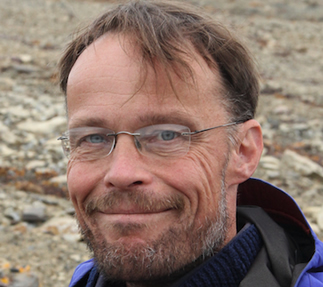 Dr. Götherström’s research is focused on retrieving information on history and prehistory through genetic data from archaeological remains. 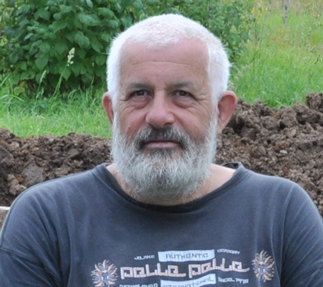 Alexey Simonovich Kondrashov (born April 11, 1957 in Moscow) worked on a variety of subjects in evolutionary genetics. He is best known for the deterministic mutation hypothesis`{`1`}` explaining the maintenance of sexual reproduction, his work on sympatric speciation, and his work on evaluating mutation rates. Originally from the Soviet Union, A.S. Kondrashov has been working in the United States since the early 1990s. His work currently focuses on measuring rate of spontaneous mutation in Drosophila. Also, he studies selection at the sequence level and protein evolution. He founded the laboratory of evolutionary genomics in the College of Bioengineering and Bioinformatics at Lomonosov Moscow State University. 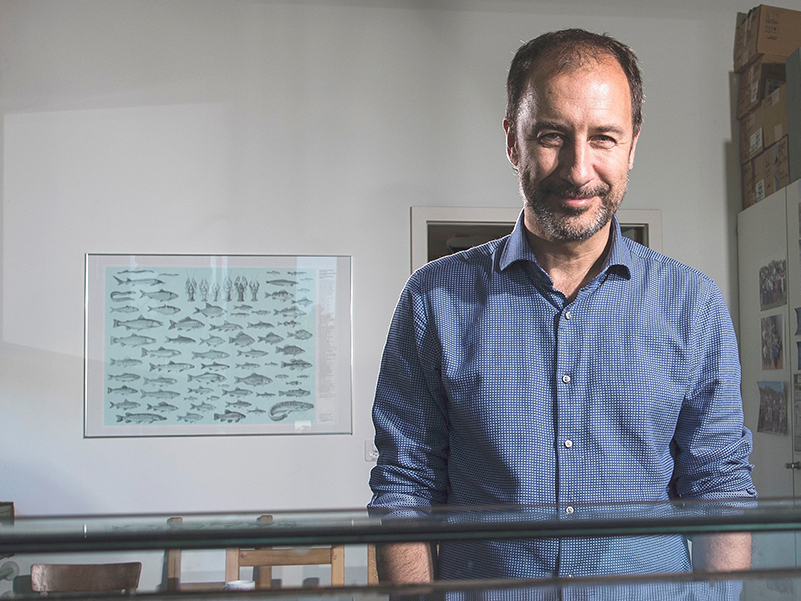 Claus Wedekind is a Swiss biological researcher notable for his 1995 study that determined a major histocompatibility complex (MHC) dependent mate preference in humans. Wedekind completed his PhD in 1994 with a dissertation on “The Extended Parasite Hypothesis for Sexual Selection: Selection for Complementary Disease” at the University of Bern. Currently, he is a professor of biology at the University of Lausanne, with research focus on the selective forces that currently act especially on fish populations, e.g. the effects of human activities in interaction with natural and sexual selection; and the evolution of cooperation in conflict situations. 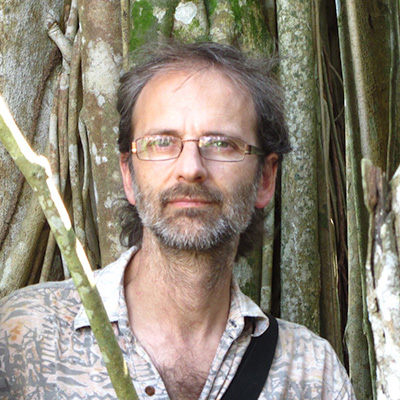 Juli G. Pausas is a plant ecology scientist at Centro de Investigación sobre Desertificación (CIDE, Valencia, Spain) of the Spanish National Research Council (CSIC). His research focuses on ecology and evolution of mediterranean and fire-prone ecosystems, and specifically on understanding the role of fire in shaping populations, species (i.e., fire traits), communities (i.e., assembly processes), landscapes, and biomes. He has most experience in the Mediterranean Basin, but without forgetting the global perspective. He has participated in several successful international research projects and has experience in both field and modelling studies. He has written more than 150 scientific papers, co-edited an international book on the ecology of Cork oak woodlands (Island Press), co-authored a book on Fire ecology in Mediterranean ecosystems (Cambridge Press), and book in Spanish on fire ecology. 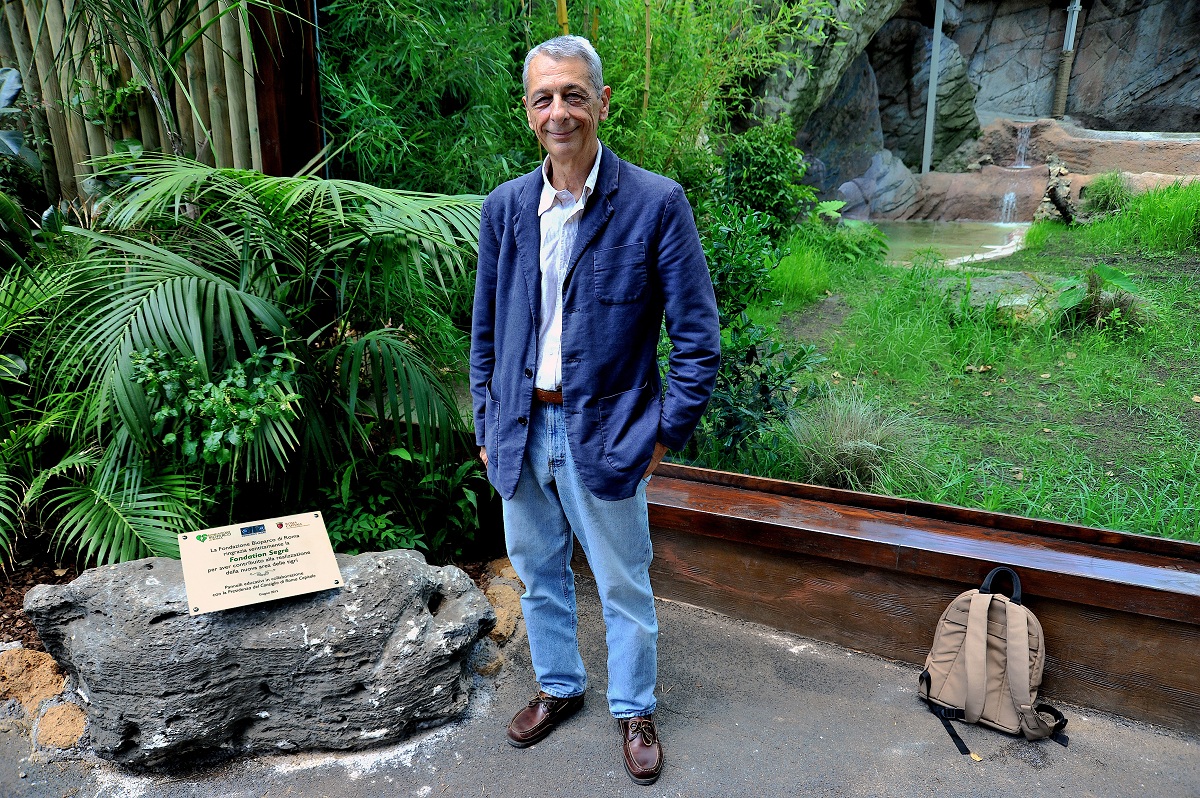 Luigi BOITANI is Honorary (Emeritus) Professor of Animal Ecology and Conservation Biology at the University of Rome, Dept. of Biology and Biotechnologies. He has been Chair of the Department of Animal and Human Biology for 10 years (2000-10) and President of the Society for Conservation Biology (2009-11). His main scientific interests are on a) the social ecology of carnivores, particularly wolves and bears on which he has been working since 1972; b) patterns and models of species distributions based on GIS tools; and c) planning and conservation of protected areas, with emphasis on Africa and Europe where he has contributed to the management plans of more than 25 national parks. He has lectured widely in North America and Europe.
He has been member of the IUCN’s SSC and WCPA since 1973 and has served as member of the SSC Steering Committee since 1994. He received several award including, in 2012, the Peter Scott Award for Conservation Merit. He is the Chair of the Large Carnivore Initiative for Europe, a SSC Specialist Group that is a regular advisor to the European Union on carnivore conservation issues. He is CEO of the Fondation Segré in Geneva. He is author of more than 360 scientific papers, 10 books and 80 technical reports. 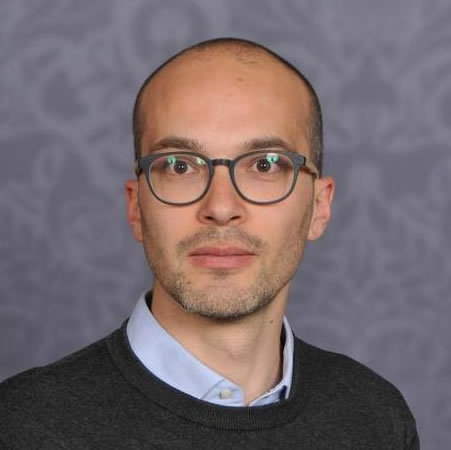 Matteo is a biomedical engineer interested in applying computational tools to address questions in evolutionary biology. His works mainly focus on the identification of signatures of natural selection in genomes and on the development of methods to process large-scale sequencing data. His studies contributed to the understanding of adaptive events in non-model species as well as the relationship between human evolution and disease susceptibility. 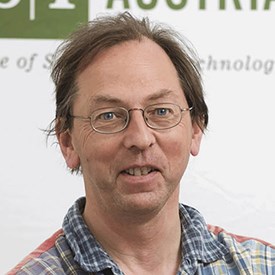 Nicholas Hamilton Barton FRS FRSE (born 30 August 1955) is a British evolutionary biologist. Barton was educated at Peterhouse, Cambridge where he graduated with a first-class degree in Natural Sciences in 1976 and gained his PhD supervised by Godfrey Hewitt at the University of East Anglia in 1979. After a brief spell as a lab demonstrator at the University of Cambridge, Barton became a Lecturer at the Department of Genetics and Biometry, University College London, in 1982. Professor Barton is best known for his work on hybrid zones, often using the toad Bombina bombina as a study organism, and for extending the mathematical machinery needed to investigate multilocus genetics, a field in which he worked in collaboration with Michael Turelli. Concrete research questions he has investigated include: the role of epistasis, the evolution of sex, speciation, and the limits on the rate of adaptation. Barton moved to the University of Edinburgh in 1990, where he is said to have been instrumental in attracting to the university Brian and Deborah Charlesworth, with whom he had previously collaborated, thus complementing the university’s strong tradition in quantitative genetics with a population genetics side and making the University of Edinburgh one of the foremost research institutions of genetics in the world. In 2008 Barton moved to Klosterneuburg (Austria) where he became the first professor at the Institute of Science and Technology Austria. Barton was made a professor in 1994. In 2007, Barton, along with Derek E.G. Briggs, Jonathan A. Eisen, David B. Goldstein, and Nipam H. Patel, collaborated to create Evolution,`{`1`}` an undergraduate textbook which integrates molecular biology, genomics, and human genetics with traditional evolutionary studies. 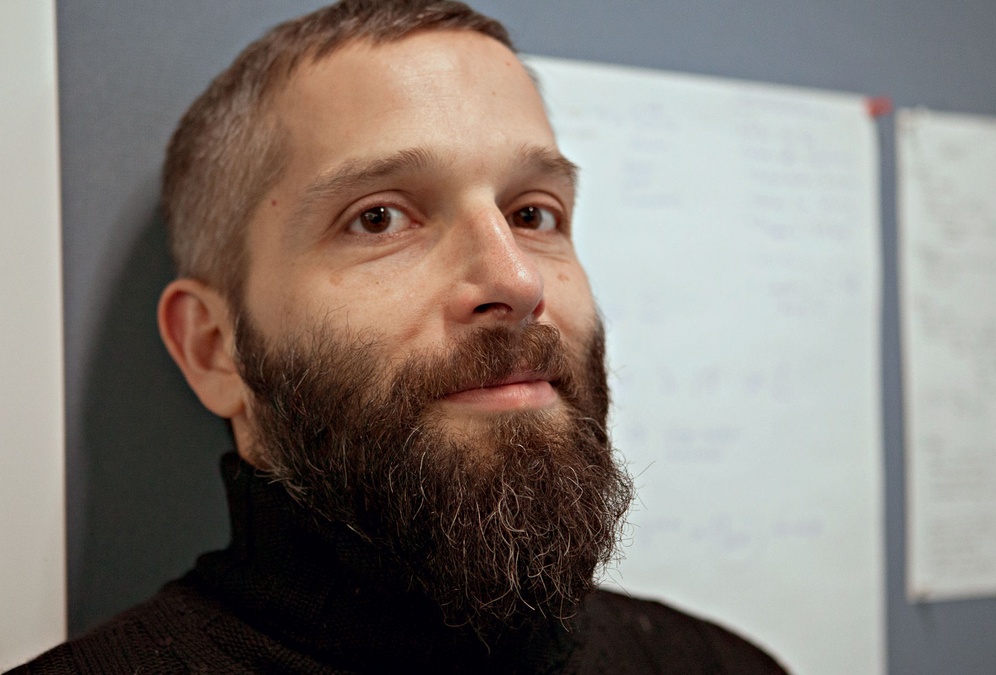 Philipp Khaitovich, born in Moscow, Russia in 1973. Philipp completed undergraduate studies in molecular biology at Moscow State University in 1995 and PhD in biochemistry at the University of Illinois at Chicago in 1999. From 2000 till 2006 Philipp worked as a postdoctoral researcher at the Max Planck Institute for Evolutionary Anthropology at the department of Evolutionary Genetics headed by Prof. Svante Pääbo. In September 2006, Philipp took a faculty position at the Institute for Computational Biology jointly established by the Chinese Academy of Sciences and the Max Planck Society in Shanghai China. In 2012 Philipp was promoted to an institute director position. From 2012, Philipp is a fellow member of Max Planck Society of Germany, as well as adjunct Professor at ShanghaiTech University in Shanghai, China. 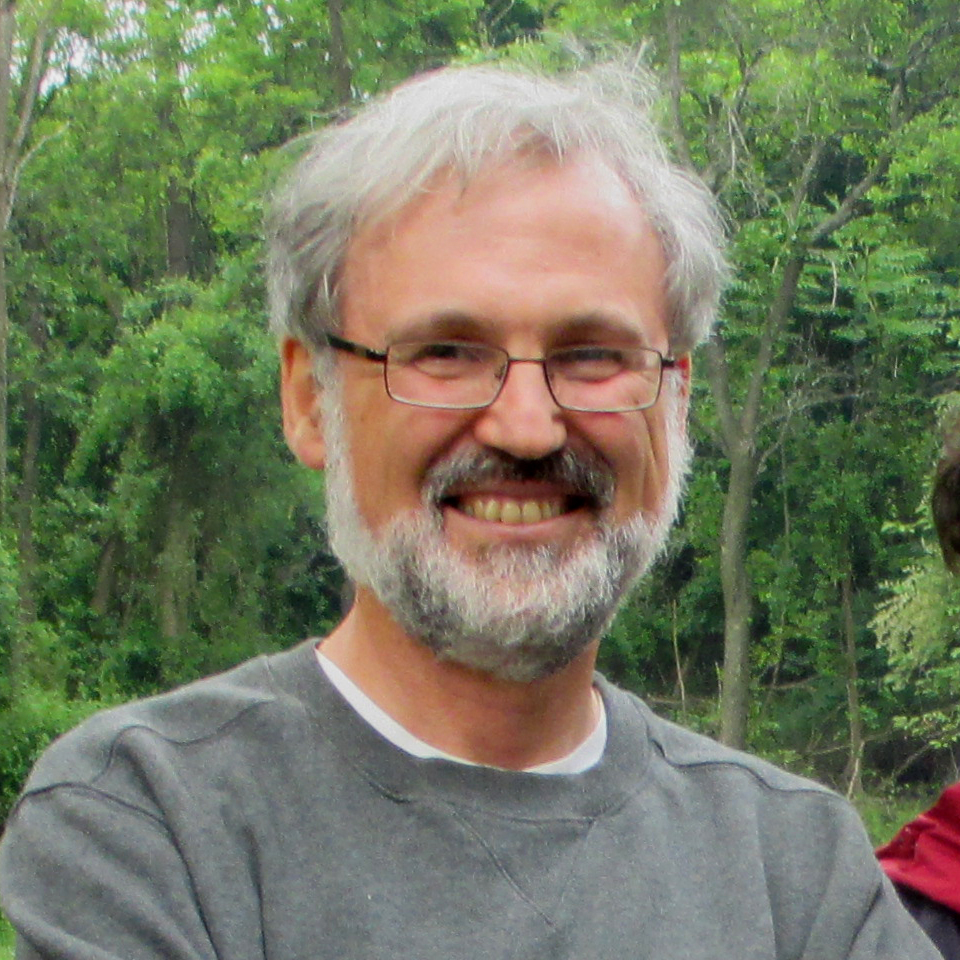 Reşit Akçakaya is an ecologist and conservation biologist with expertise in species extinction risks. His current research focuses on assessing the vulnerability of species to extinction due to climate change, and evaluating different approaches to species conservation. He chairs a committee of IUCN (International Union for Conservation of Nature) that develops guidelines for the global ‘Red List’ of threatened species, and evaluates petitions against the assessment of species as threatened. 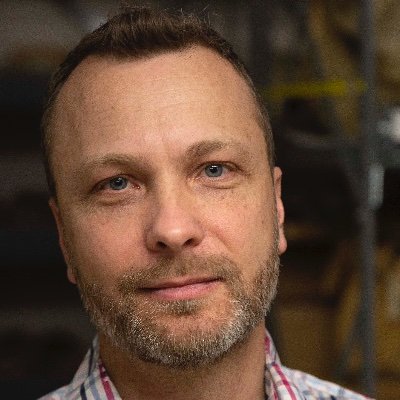 Rasmus Nielsen received his PhD in 1998 from UC Berkeley, and did a postdoc at Harvard 1998-2000. He has since then held faculty positions at Cornell University, University of Copenhagen, and UC Berkeley, and is currently a Professor of Computational Biology in the Department of Integrative Biology and the Department of Statistics at UC Berkeley. Much of his work is on statistical and population genetic analyses of genomic data, in particular methods for detecting natural selection, describing population genetic variation, inferring demography, and methods for association mapping. Much of his current research concerns statistical analysis of next-generation sequencing data, both in the context of medical genetics and population genetics. Many of the methods he has developed are heavily used by other researchers, including the phylogeny based methods for detecting positive selection implemented in PAML, the methods for inferring demographic histories implemented in the IM and IMa programs, the method for detecting selective sweeps implemented in SweepFinder, and the methods for analysing Next Generation Sequencing (NGS) data implemented in ANGSD. He has published >250 peer reviewed papers, invited book chapters and review papers since 1997 (including 41 in Science or Nature) with a total H-index of 106.

Sergey Gavrilets is a Russian-born physicist turned American theoretical biologist, currently a Distinguished Professor at the University of Tennessee. He is a theoretical evolutionary biologist who has made contributions to the study of speciation, social complexity, and human evolutionary transitions. He is currently Associate Director for Scientific Activities at the National Institute for Mathematical and Biological Synthesis. In 2017, he was elected a Fellow of the American Academy of Arts and Sciences. Gavrilets has contributed to the book Evolution: The Extended Synthesis (Edited by Massimo Pigliucci and Gerd B. Müller, 2010).

Give us a call or drop by anytime, we endeavour to answer all enquiries within 24 hours on business days.